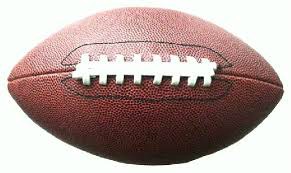 Why the Super Bowl in Arizona?

NFL owners believe that Arizona will undoubtedly be the perfect destination for the 2015 Super Bowl which will be the biggest single day event… and if your team just happens to be one of the contenders, the date will be just that much sweeter!  Many Arizonans' will agree that if the Arizona Cardinals make it to the game, nothing could be further from the truth!

You can purchase your 2015 Super Bowl tickets now or when the date gets closer but just keep in mind the longer you wait, your chances at getting premier seating diminishes… so consider getting your tickets ahead of time to ensure you don’t end up sitting in a single seat, far away from your companion!

There will be plenty of activities leading up to the event which means fun for the entire family!  And since the 2015 Super Bowl in Arizona event is in the same state as the world famous Grand Canyon, why not consider extending your trip and see one of the Seven Wonders of the World?  Seeing it in person is well worth the trip.

The Arizona Super Bowl is no stranger to hosting the Bowl here in the Grand Canyon State.  In fact, this will be the second AZ Super Bowl in seven years. The last Super Bowl, XLII, took place at the University of Phoenix Stadium back on February 3, 2008, when the New York Giants beat the New England Patriots with a final score of 17-14.

Certainly the weather in the month of February is a big selling point as to why Phoenix Arizona was chosen to host the big game!  The average temperature for the month of February in Arizona is a very mild (or hot!... depending on where you call home)  69 degrees with a low of just 47 degrees.   Stay a little longer because in March, the average temperature climbs to 74 degrees.

Return from Super Bowl in Arizona to Home Page