Disappearing Honeybees are occurring in record numbers and no one seems to know why. 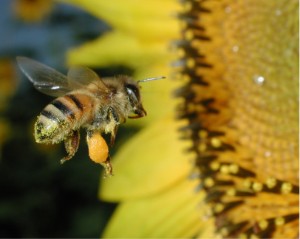 I recently heard on an NBC evening television news segment discussing this very issue which has many scientists and beekeepers baffled as to why this is happening.

And you don't have to be a honey lover to be concerned about this widespread problem. You see, honeybees don't just make honey. These bees pollinate greater than 90 of the crops that we have, according to the Associated Press, and this is a concern for all of us.

The honeybee plays a major role in our food chain and if we are not soon able to correct the problem, it will undoubtedly have a huge impact not only on our economy but our ecology as a whole. The condition is known as Colony Collapse Disorder, or CCD, and the problem is not isolated; it is widespread. These honeybees are disappearing all over the world and not just in the United States.

What is happening is that the bees are failing to return to their hives.

Approximately one-third of our diet is a result of insect-pollinated plants. The United States Department of Agriculture, USDA, estimates that the disappearing honeybee is responsible for 80 percent of the pollination that takes place. So just what is the explanation for these disappearing honeybees, known as Colony Collapse Disorder, (CCD)?

Concerned myself, I did some research on CCD and came across some very startling facts.

The online encyclopedia, known as Wikipedia, reports that from 1971 through 2006, approximately half of the honeybee colonies have disappeared.

It was during the end of 2006 and early 2007, when the term Colony Collapse Disorder was suggested as to being used to describe the disappearing honeybees.

The problem has gotten so bad that, according to an online video, courtesy of KUAT-Tucson, with Dr. Hoffman of the University of Arizona's Department of Agriculture, that we are having to import bees from Australia for our pollination needs.

If the problem does not improve soon, the repercussions of the problem will become more widespread than people think. Dr. Hoffman, a scientist with the Department of Agriculture at the Carl Hayden Research Bee Center, located in Tucson, Arizona, says that 25 percent of the 2.4 million colonies have been affected by Colony Collapse Disorder. She also goes on to say that this problem has the potential to greatly affect our ecosystem as we are all connected. 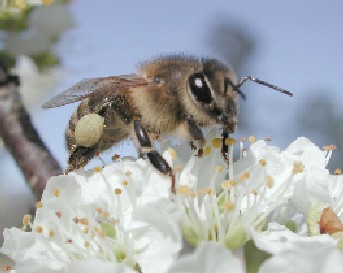 Some experts believe that honey bees were affected by the little rainfall that we received in 2006 deprived the bees nutritionally. Along with the warmer weather temperatures in the Midwest and east that lasted into December last year hurt the bees.

Warmer weather means that the bees will still go out and forage for food, even there is nothing to eat. Known as "empty flights," Dr. Hoffman reports that these empty flights make the bees weak and also ages the bees. These elements stress out the colonies and can make them susceptible to illnesses.

To worsen matters, no state is self sufficient with honeybee colonies. It used to be where other bees were only imported once or twice per year so that honeybee keepers could supplement their income. Now, according to Dr. Hoffman, that has changed and beekeepers are now having to import bees many times a year, which is not normal to the honey bees.

While the cause for the mystery of the disappearing honeybees is yet to be discovered, there are many theories that exist. Some experts believe that it could be a fungus or a virus while others believe it may be a result of the pesticides used on crops or perhaps something that high-voltage power lines have caused.

There are also others who believe that radiation from cell phones are the culprit as they interfere with the honey bees navigation systems. Those who believe in this theory say that it prevents the insects from finding their way back to the hive, according to a research team at Landau University in Germany, following a preliminary study.

Whatever the cause, this is a very serious problem to everyone and is sometimes referred to as AIDS in bees. The financial loss to honeybee farmers is also a big concern and financially astronomical. Unfortunately, it will likely get worse. Farmers have a lot of financial stake in the matter.

Potentially, this could be an even bigger disaster for farmers. It is estimated that these disappearing honeybees pollinate crops worth 14 billion dollars every year in the United States. The president of the American Beekeeping Federation, Daniel Weaver, estimates that between one fourth and one half of America's roughly 2000 commercial keepers have reported financial losses relating to CCD.