What you don't know about West Nile Virus can hurt you. Uncover the truth about it before it is too late by reading this very important information designed to help prevent this potentially fatal disease. 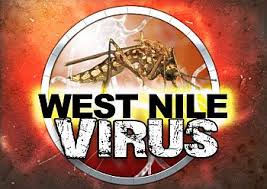 The information provided here is, in no way, meant to to scare you. Rather, the information provided is mentioned only to hopefully help protect you and your family with some very simple tips to help reduce your chance at contracting this mosquito disease. 2007 marks the third year that SRP, (Salt River Project), one of Arizona's power suppliers, has stocked this mosquito eating Gambusia Fish into our valley canals here in the Phoenix metropolitan area.

According to SRP, this mosquito eating fish swim from canals into the smaller areas and ditches where they feed on these pesky little mosquitos known to cause the West Nile Virus.

What is West Nile Virus?

West Nile Virus, (WNV), is a mosquito-borne virus that was first detected in the United States in 1999 and in Arizona in 2003, according to The Arizona Department of Health Services, commonly referred to ADHS.

Several years ago in 2002, there were some people in the United States who became infected with it after they received blood products or organs that had the virus. Shortly thereafter, any blood or donated organs were screened for the virus in order to eliminate others from being infected.

ADHS reports that while it is not specifically known just how the mosquito illnes was introduced into the United States, the department believes that it may have entered through means of an infected mosquito, traveler, or bird. It is also believed that migratory birds are the major introductory hosts of the WNV in any new geographic areas that come down with the virus.

The virus has been in existence for quite some time in such locations as Africa, Central andWest Asia, and the Middle East, the ADHS reports. The virus can cause illness not just in people, but also horses, and other animals, and of course, birds.

What are the symptoms of West Nile Virus?

The majority of people and animals that are infected with WNV have no symptoms or only a mild illness. Approximately 20 percent of people who contract the WNV will have only flu-like" symptoms such as fever, headache, body aches, swollen glands and muscle weakness which can unfortunately last up to several weeks.

Some very common signs and symptoms of encephalitis, might include high fever, muscle weakness, seizures, confusion, headache, disorientation, and even coma.

How does West Nile get started?

According to ADHS, the first step before one actually gets the virus, there has to be an infected mosquito. Mosquitoes, themselves, become infected with West Nile, after feeding off of birds who are infected.

After a few days, any infected mosquitoe can then transmit WNV to other birds, humans and horses. You should also know that there are only certain species of mosquitoes known to carry the West Nile Virus. Culex mosquitoes are the main carriers of WNV, and these such mosquitoes are commonly found here in Arizona. Culex mosquitoes usually bite between the hours of dusk to dawn.

Am I at risk of getting the West Nile Virus?

Anyone in any age bracket can actually become infected with it, although your chances of becoming seriously ill are low. For those with a compromised immune system are at a greater risk of getting the mosquito illness.

What are the symptoms of West Nile Virus infection?

Most people who are infected with WNV don't have any symptoms and may not believe their illness is anything to worry about as it usually exhibits itself with flu-like symptoms, such as a headache, weakness, fever, and swollen glands.

How is West Nile treated for West Nile Virus infection?

There is currently no specific treatment used once diagnosed with the virus, but seek medical attention if you believe that you may have the disease as there are remedies that can be used to lessen the symptoms of the virus.

How can I protect my pet against the virus?

Contact your veterinarian if you believe your pet may exhibit signs of the virus. (There is a vaccine available for horses against the virus.)

While there is currently no vaccine currently available to protect people against West Nile virus infection, there are currently some efforts underway in order to develop a vaccine for humans.

The Pima County Health Department and SRP have come up with some tips to help those interested in ways to protect themselves against the disease.

(If you have questions about the illness in humans and horses.)

(For mosquito complaints in Pima County regarding mosquito control tips, or to report dead birds.)