If you are looking for the Arizona Time Zone or asking yourself what time is it in Phoenix, we are here to help... First of all, Arizona does not observe daylight savings time except for one area, which we will get to...

Those who do not approve of the Arizona Time Zone, complain that more daylight means more sun, and in the middle of the summer months, more sun to many is just something they feel they could do without. Many who work outdoors in the hot summer sun would likely agree that the Arizona Time Zone should be changed to reflect less daylight.

Arizona Is Not Alone...

Arizona is not the only state that does not observe DST. In addition, Hawaii and the U.S. territories of Puerto Rico, Guam, the Virgin Islands, and American Samoa do not observe daylight saving time, as well.

The easiest way to figure out the Arizona Time Zone or just the time in Phoenix, is to just remember Arizona is the same time as the states who are on the Pacific Time Zone like California and Nevada DURING daylight savings, which is the second Sunday in March to the first Sunday in November. (So, for example, from the second March until the second Sunday in Monday, it's the same time as it is in California.)  You can also log onto a site that also helps clarify things called Time and Date.

Also during the daylight savings time frame, (the second Sunday in March to the first Sunday in November) Arizona is one hour behind the states in the Central Time Zone, which include many places.   Much of Canada observes the Central Time Zone Canada, which includes all of Manitoba, a small portion of Northwestern Ontario, most of Saskatchewan, and also part of Nunavut, which is most of the Kivalliq Region and part of Qikiqtaaluk Region.

Also for your reference, most of Mexico belongs to the the Central Standard Time Zone.

During Daylight Savings Time, GMT is 4 hours ahead of Eastern Daylight Time (EDT). You may see GMT listed as Zulu (Z) or Coordinated Universal Time (UTC).

There are many countries who refer to "daylight-savings time" as "summertime."

If you would like a little bit of history on how daylight saving time got started, here are some interesting facts that I also discovered through researching this library. 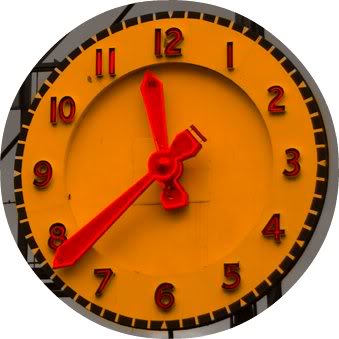 1784: It is believed that Benjamin Franklin was actually the first person to come up with the idea of daylight savings time. Franklin believed that Parisians could save thousands of francs every year by waking up earlier during the summer because it would prevent them from having to purchase so many candles for the evening hours.

1918: The United States first adopted daylight savings time. At the same time, an act created the standard time zones. The idea behind the act was to preserve energy during World War I.

1942: President Roosevelt instituted "war-time," which was a year round daylight savings time plan designed to save energy during World War II.

1966: Congress established the "Uniform Act." This act was was in response from the transportation industry, who insisted on consistency across all time zones. Nowadays, it is up to the U.S. Department of Transportation now oversees the time changes in the United States.

2005: On August 8, the Energy Policy Act of 2005 was approved by President Bush. The act will be extended and daylight saving time will be amended effective in the Fall of 2007. Daylight savings time will take place from the second Sunday in March to the first Sunday in November.