The Arizona NASCAR is a big event and there seems to be more and more fans that seem to enjoy this fast-paced sport in the Phoenix area. 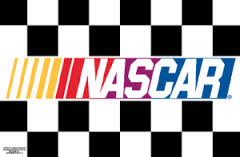 You were lucky if you were one of the thousands who were one of the many fans who attended this race here in Phoenix the weekend of November 10th, 2013, at the ZOOMTOWN, U.S.A. ® Phoenix International Raceway.

Are You An Arizona NASCAR Fan?

Not surprising if so, as there are more and more people following the sport of racing nowadays. You will find plenty of action at the PIR (Phoenix International Raceway) in Phoenix! The weather in the cooler months for many, draws even more people to the AZ Nascar.

I remember as a child growing up in the 1970's, seeing all the races on Saturday afternoon television programming. Having loved all sports as a child, even car racing caught my attention. I mean, how could you not take notice with so much excitement?

Certainly, the 1970's was not the beginning history of NASCAR! The sport has been around for much longer than that, as you may be very well aware of, depending on your age and your knowledge of this ever popular sport.

NASCAR, stands for The National Association for Stock Car Auto Racing, and it got its start back in 1948, and, according to them, it is considered a premier sport of all Americans as well as the number one spectator sport.

On top of that, this sport at PIR ranks number two in the ratings of regular season televised sports. It is broadcast worldwide, as it is seen on televisions totaling more than 150 countries.

The history of the sport has come along way, getting its' start in the southeastern states of the U.S. The love for this sport has spread into every part of the United States and taken in by not just the men!

Arizona NASCAR fans at the PIR are not any "one-set" or "one-kind" of fans. They come from all walks of life as they are said to work in all fields of the work-force such as the managerial field, skilled laborers on top of many professional fields, too.

It doesn't matter where they come from; they all just know they have at least one commonality, which is the love for the sport of stock car racing! And they all want as much as they can get as some are known to travel all parts of the country throughout the racing circuit.

If a fan lives on the east coast, it probably does not phase any true racing fan to travel, let's say to Arizona, to attend the Arizona NASCAR! (Especially in November when it is already getting pretty cold in other parts of the country!) The Arizona NASCAR is a great place in the cooler months to enjoy racing, no doubt about it.

The fans probably are somewhere in the range of 75 million, according to NASCAR, and not only watch these races or purchase tickets. These fans are estimated to be responsible for purchasing well over $2 billion dollars in racing products! Amazing, isn't it?

Are you thinking what I am thinking? If I could just market a product with the NASCAR logo.........hmmmmmmmm. Not a bad idea!

The History of NASCAR

The history dates far back to 1794, long before the introduction of cars. 1794 was the year known as the Whiskey Rebellion, when the farmers went underground to manufacture and deliver their whiskey, in order to avoid having to pay a federal tax on their liquor.


So just how does this relate to the beginning of NASCAR?

Well, it was during the Prohibition Era in the 1920's into the 1930's, when these "bootleggers," (which means the people who would illegally transport the whiskey) who were responsible for transporting the liquor who should really take the credit for the beginning of this worldwide famous stockcar racing event!

The whiskey which was produced underground, commonly referred to as "moonshine," needed drivers to transport it.

These bootleggers would try to outrun the law with their cars, many times with the police driving right behind them! I saw a documentary on this once on the History Channel and found it to be very interesting. I remember one clip of such an action taking place. The bootleggers were driving very fast as the police tried to catch up with them.

As this bootlegging activity continued and became more famous, there were a few drivers who came up with the idea that they should maybe race among themselves, to see who really had the fastest car! Kind of like "monkey see, monkey do," as others wanted to be a part of this exciting new sport and either became an active participant or a spectator!

Hence, the beginning of NASCAR!

Then in the summer of 1938, a man known as William France organized a race in Daytona Beach, Florida. Funny enough that the winner received a bottle of rum, (not whiskey, though!) along with a case of motor oil and a box of cigars to top it off.

The rest is history, as they say, and the fans are just as crazy about the sport as they were back then.

There was a time in between then and now when the sport took a back seat, when World War Two made its' presence.

By 1947, Bill France realized it was high time for a national sanctioning body to govern stock car racing. On December 12 of

According to the organization, the very first race actually took place back on June 19, 1949. won by a man named, Glenn Dunnaway. Following the race, though, there were some inspectors who discovered an illegal part in the used in his 1947 Ford, located in the shocks.

Not surprisingly, the car had been used for bootlegging just days before the race! The illegal part was commonly used in the vehicles involved with bootlegging, as this part would help the vehicle to travel at greater speeds, needed to outrun the police!

The case played out in court and it was determined by the courts that Dunnaway had used illegal means to improve his race car and ended up losing the race following the trial. The winner was later determined to be won by a Lincoln, driven by a driver named Jim Roper.

When Were The Big Racing Tracks Introduced Into The NASCAR Scene?

It really wasn't all that long ago when the tracks that we now know, were introduced. Labor Day, September 4th, 1950, in South Carolina, marked the day when the NASCAR racetracks of today became known. It was felt that a race track with a larger area was needed, and so it was.

Sponsorship really started to show its' head in the 1950's when stock car racing really began to gain popularity. It was then when you started seeing very well known commercial sponsors, such as motor oil companies like Pure Oil and spark plug companies, like Champion Spark Plugs.

NASCAR was dealt a huge blow back in the spring of 1957, when all of the automobile manufacturers pulled out their sponsorship support, following a tragic accident at the Virginia racetrack where five people were seriously hurt from flying debris.

Bill France, though, was able to convince others to keep the races alive by increasing prize monies to the winners.

The first well known NASCAR driver was a man named, Glenn (nicknamed "Fireball") Roberts. Roberts won a total of 32 races during his racing career. Many believe that it was Roberts who kept the organization alive and well, along with the opening of the Daytona International Speedway back in 1959.

You may or may not remember this back in 1970's, when there was a gas crisis. Many feared that this would kill the events, but the races continued to grow in popularity.

It was perfect timing, too, as Arizona NASCAR was just the start of the tourism boom in Arizona.

The state would have to wait for 24 years though for Arizona NASCAR to make an appearance to PIR. Today, the sport is alive and well and fans flock from all over the country to participate in some of the best racing around.